On the 19th of September 2019, a sports fest was organized by the CSR and Sports Department for 14 DSU Academy children (7-14 year olds) in DSU basketball court. Student volunteers of the DSU Community Academy organized this event under the supervision of Sports department. The tournaments included a dart game and a cricket game. Grouping of the team was done by Sir Moin ul Atiq (Sports Director), and team captains were made amongst the children of Qayyumabad. A prize distribution ceremony was held at the end of the event, in which trophies were given to the winners and certificates were distributed to all the participants of the games. The event was thoroughly enjoyed by all participants. 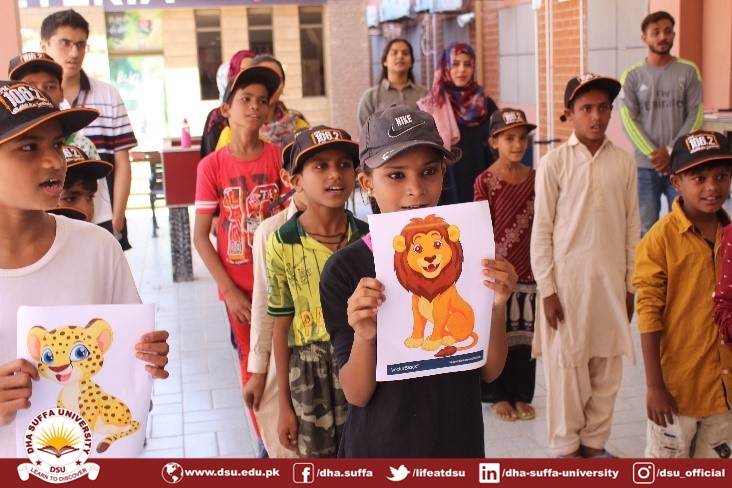 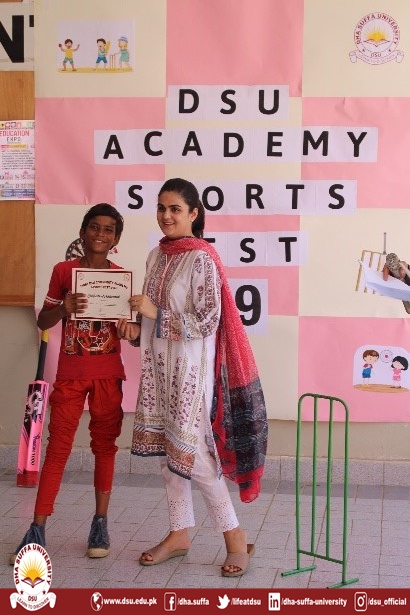 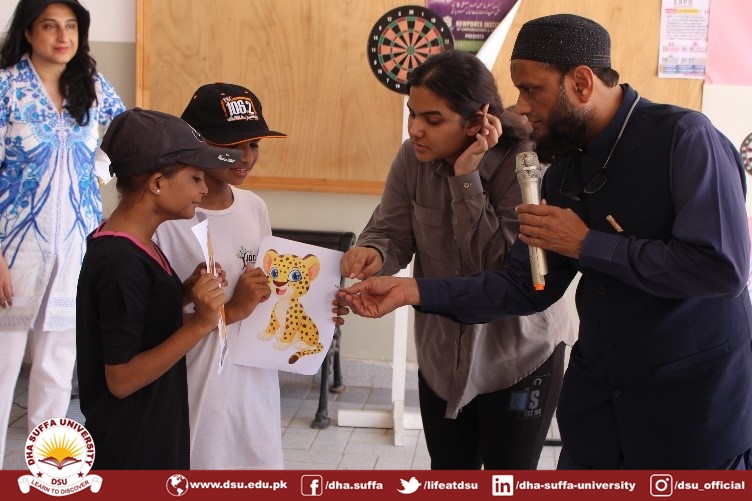 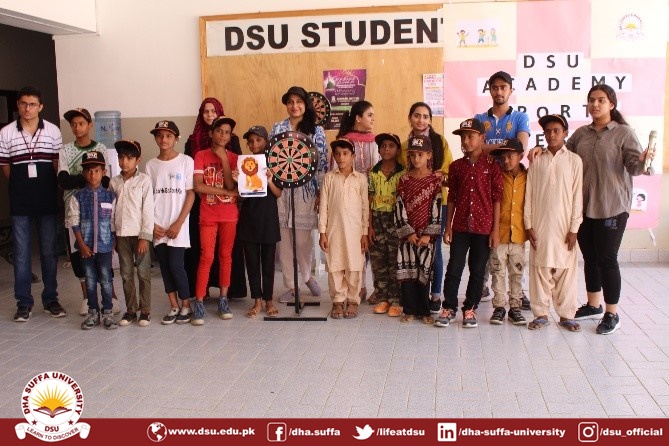