Year 2020 had taken a terrific start at DHA Suffa University, as the Center for Entrepreneurship & Innovation Development (CEID) along with the Entrepreneurship Society (ES) organized the most awaited “Hult Prize; OnCampus” Competition on 6th January, 2020.

Hult Prize is one of the world’s most acclaimed entrepreneurship programs operating on more than 1500 university campuses in 121 countries and has become a benchmark startup challenge for social entrepreneurship. Being part of this global initiative, DHA Suffa University is organized the “Hult Prize; OnCampus” competition to train, educate and inspire students by building an impact community. Through this Hult Prize competition the youth were challenged to solve the world’s issues and make life better for millions of people. This competition enabled students to solve critical social problems, launch disruptive social enterprises that are impact centered, and market driven. The Hult Prize competition transforms how young people envision their own possibilities as leaders of change in the world around them. The Hult Prize theme for the year 2020 is “Building Startups That Have a Positive Impact on Our Planet with Every Dollar Earned”

The organizing team was led by Ms. Eram Abbasi (Director CEID) and Mr. Muneeb Ahmed (Campus Director for DSU Hult Prize; OnCampus program). Muneeb is a student enrolled in the BBA Program at DSU and was selected as Campus Director for “DSU Hult Prize; OnCampus program” by the Hult Prize, Pakistan team. His efforts were instrumental in organizing this challenge at DSU. Mr. Muneeb gathered a team of very enthusiastic students from various departments at DSU who collectively put together a highly acclaimed competition. Every member of the team realizing their responsibility, did take care of every detail to make this competition a success. Details of the team members are available at http://www.hultprizeat.com/dhasuffa

Students at DSU took keen interest in the competition. 27 teams from various departments registered to participate in the competition. All the teams were frenzied to pitch their ground breaking ideas and determined to win the Hult Prize OnCampus Competition to be able to reach regional finals and further continuing their journey towards the global finals.

The winning team of this competition was “Team Marauders” was a mix team comprising of students from the Electrical Engineering and Management Science Department. They presented an idea that addressed the energy shortage problem by proposing energy management for home users. The solution if implemented would not only help in conserving energy but would also help the households reduce their electricity bills. The solution also helped in reducing carbon emission making the air healthier to breath.

The first runner up team called themselves as “Reformers”. This was again a mix team comprising of students from the Mechanical Engineering and Management Science Department. The problem that they addressed was related to the plastic waste in the oceans affecting marine life and appearance of sea shores. The solution presented was an army of autonomous amphibian robots which can collect the waste from the sea and dump it in designated area on shore all by itself. The second runner-up team calling themselves as “Team Relentless” presented a solution to save electric consumption by using tubular solar devices.

The event ended with a vote of thanks delivered by the Dean at DHA Suffa University, Dr. Johar K. Farooqi. He congratulated the winning teams and all the teams who participated in this competition. He also valued the time and efforts put in by the judges in meticulously evaluating all the teams. The key note delivered by the guest of honor was acclaimed with high regards. Last but not the least the efforts of the organizing teams was highly appreciated.

The event ended with a high energy and good wishes for the winning team to move ahead for competing in the Hult Prize Regionals and making way to the Finals. 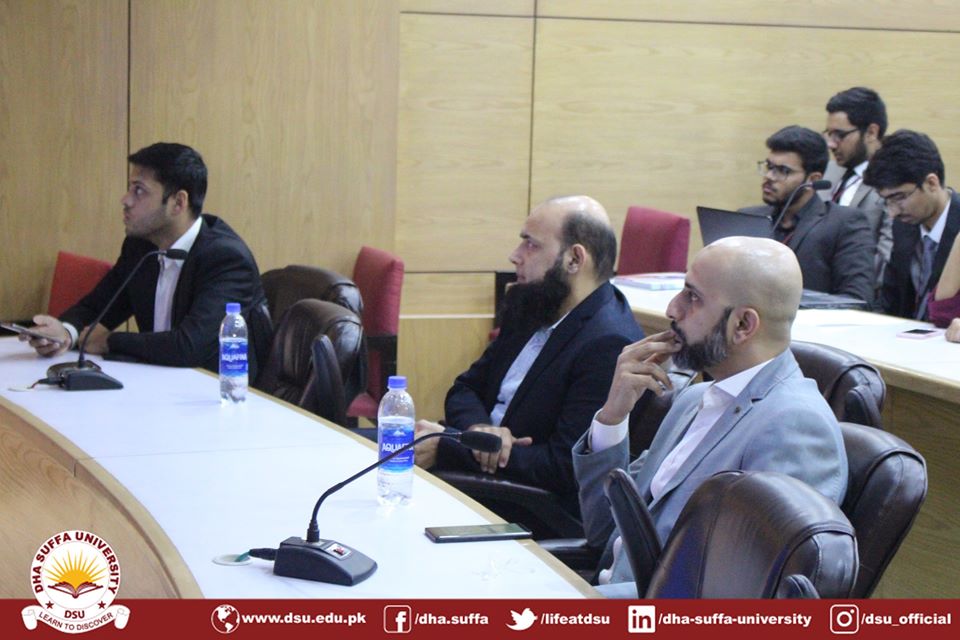 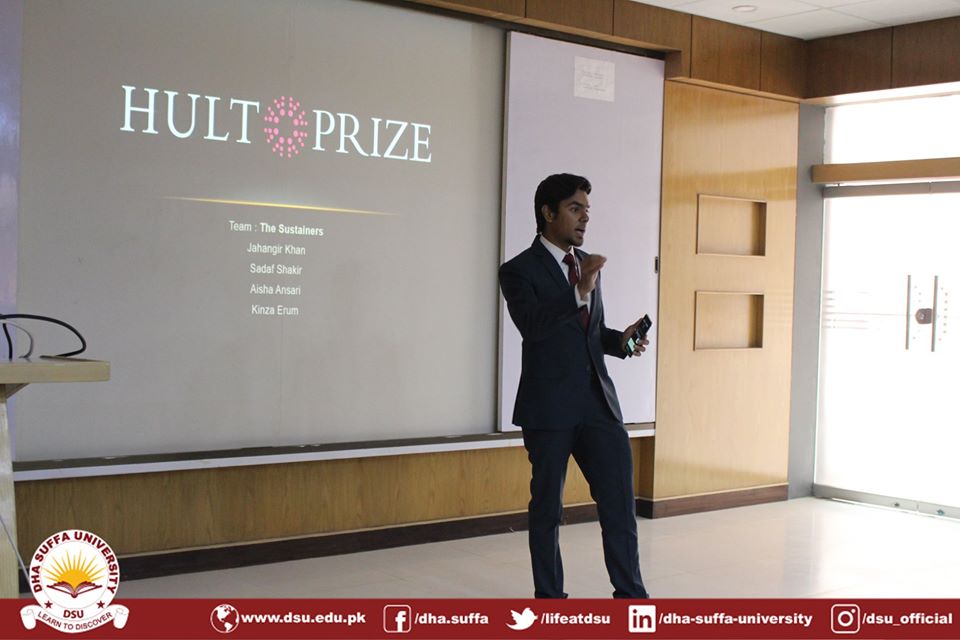 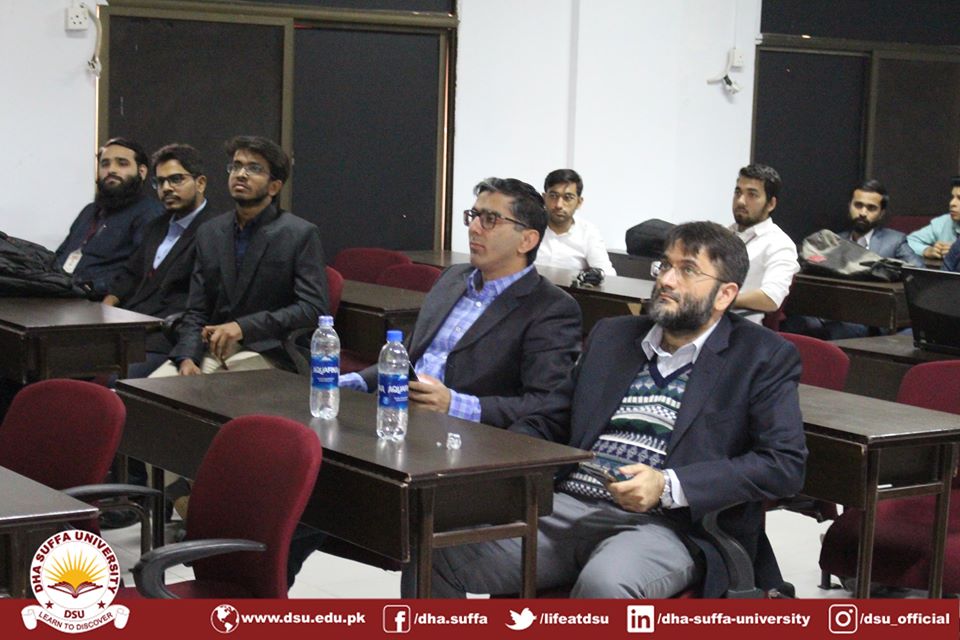 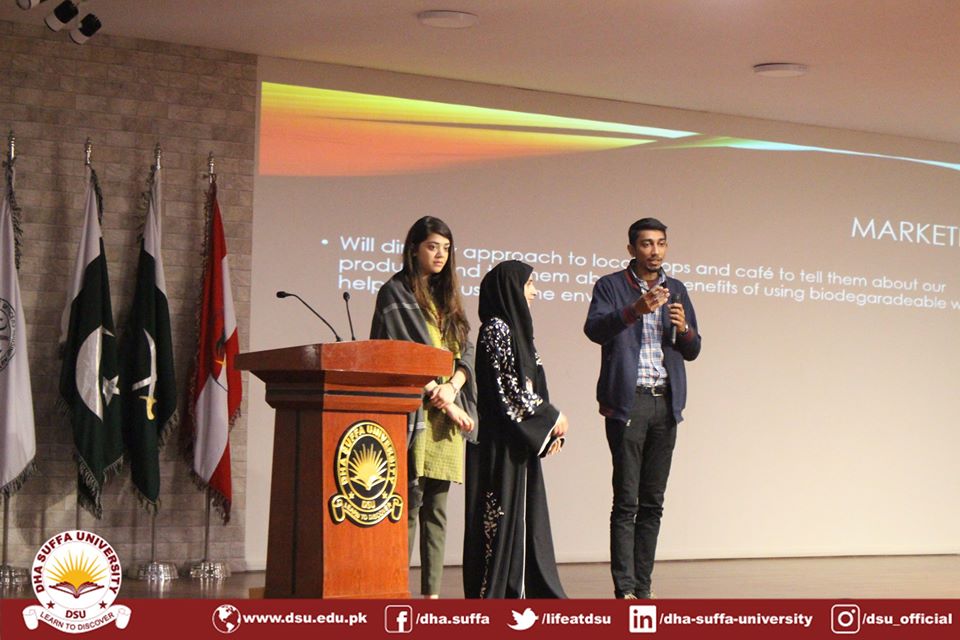 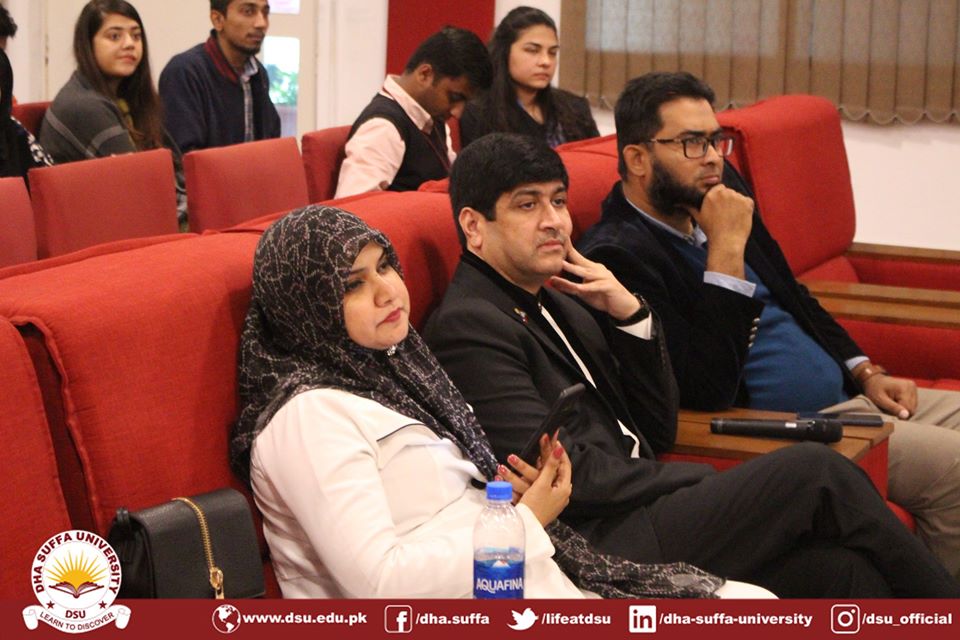 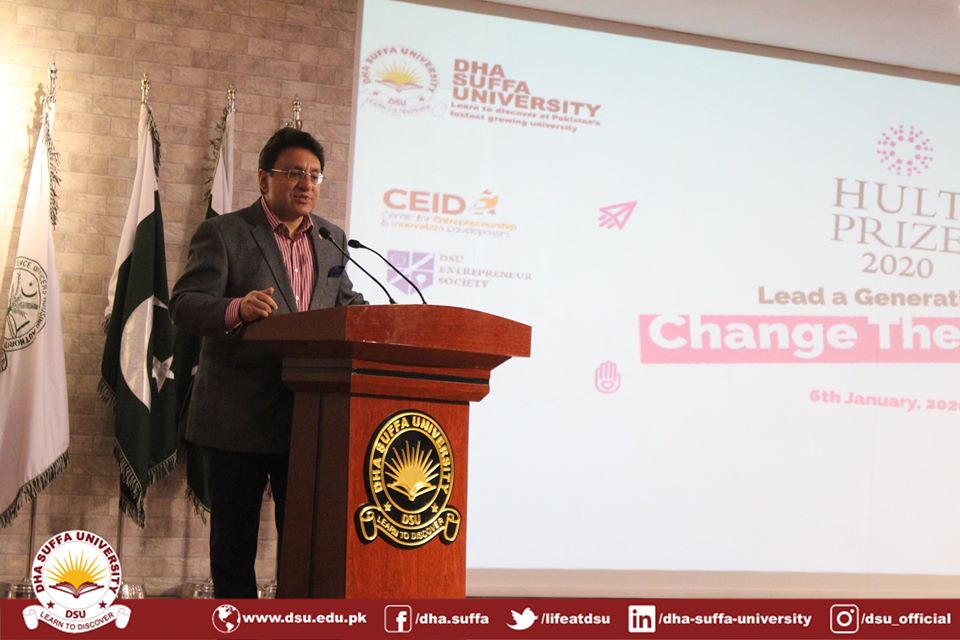 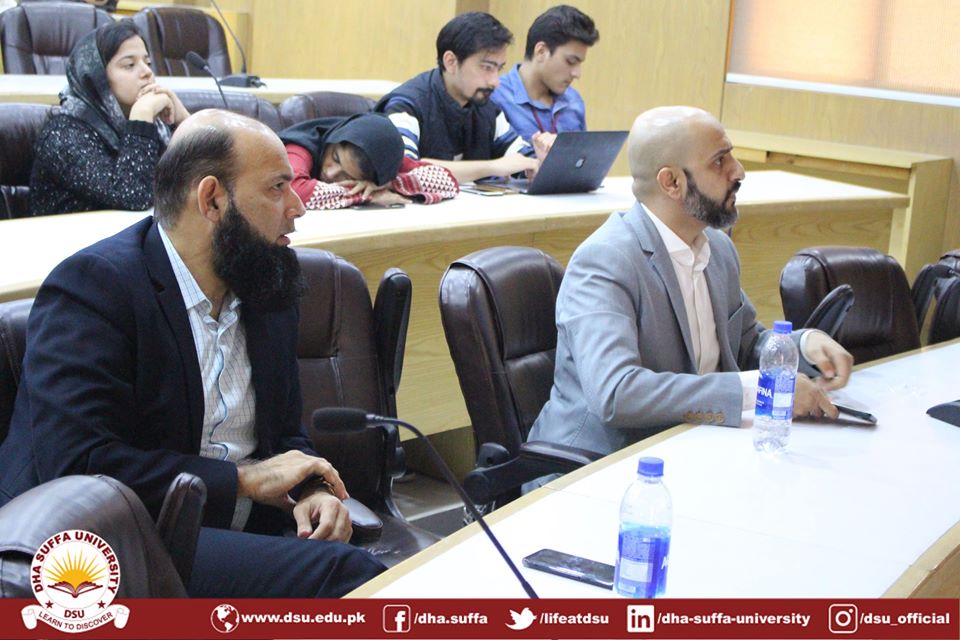 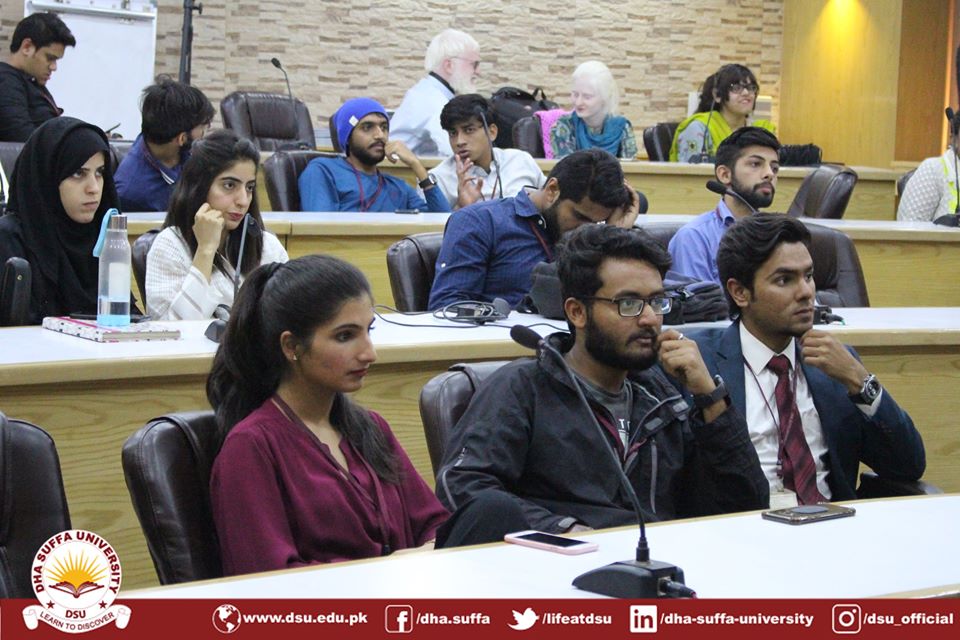 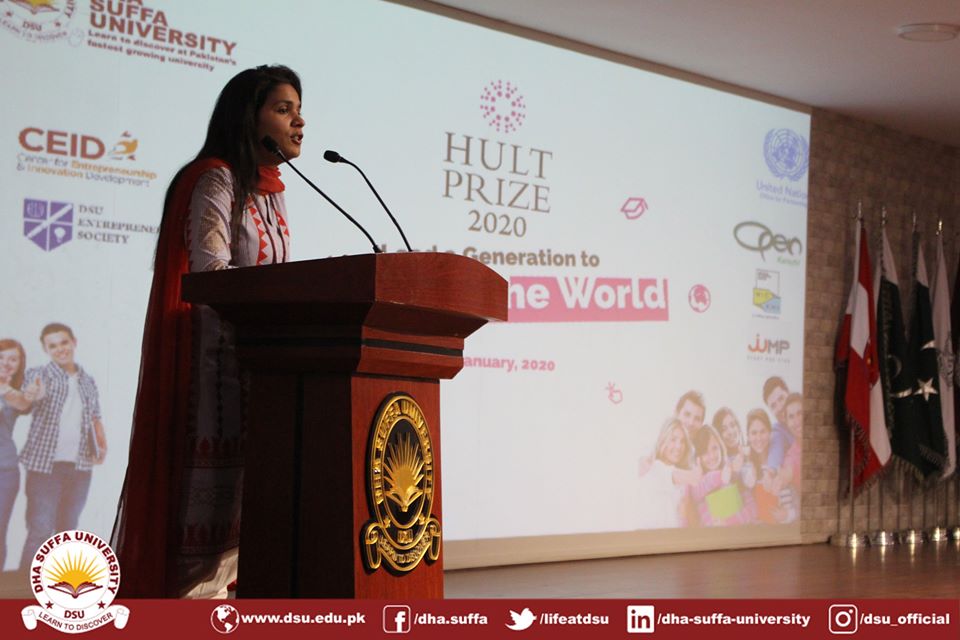 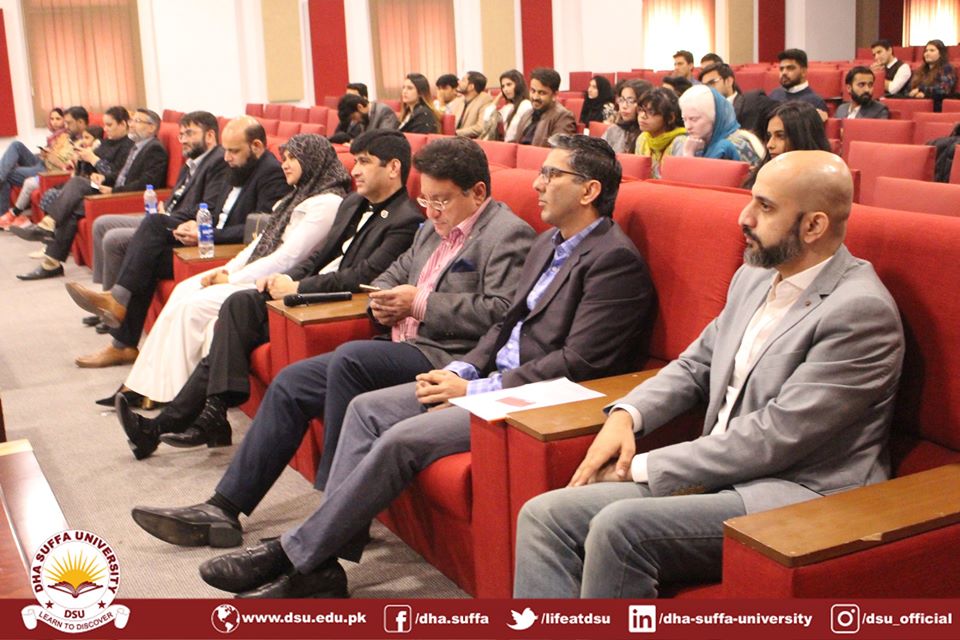 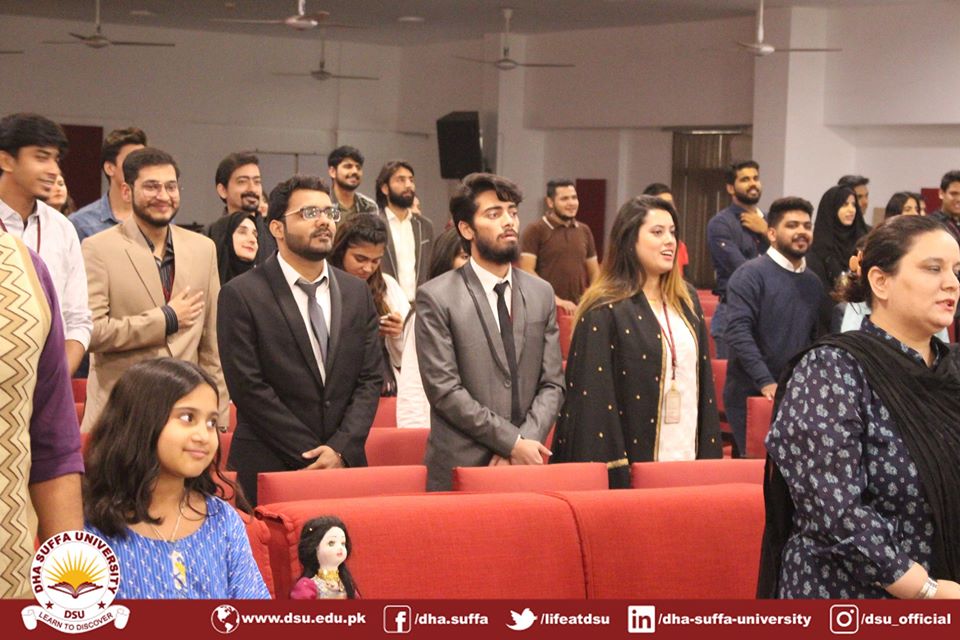 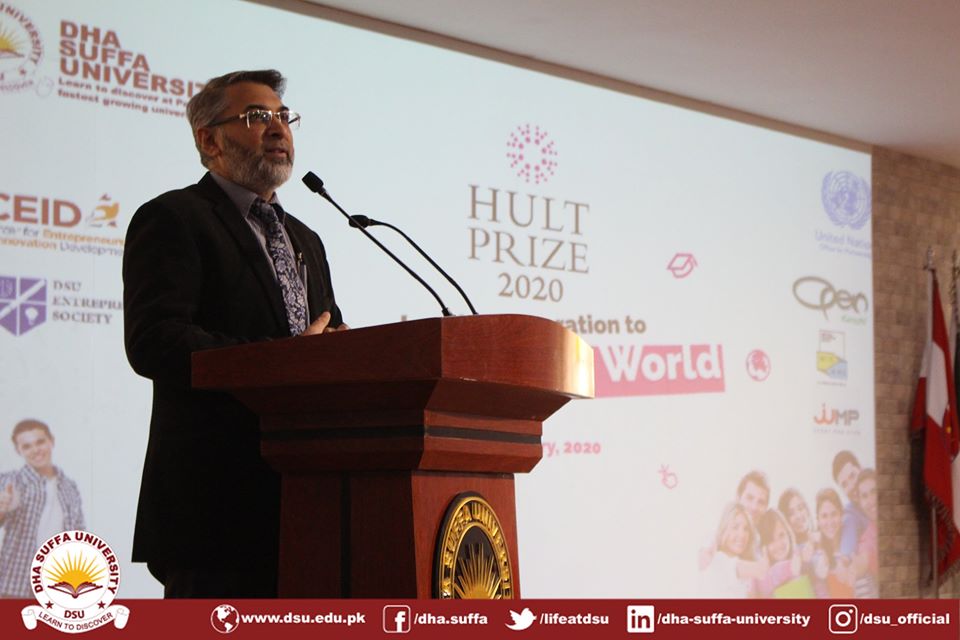 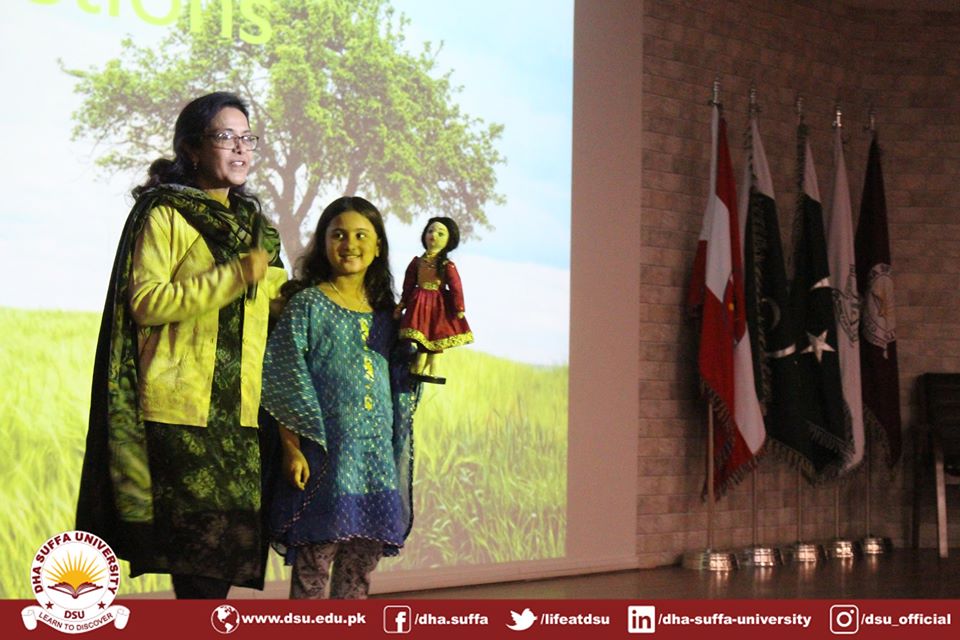 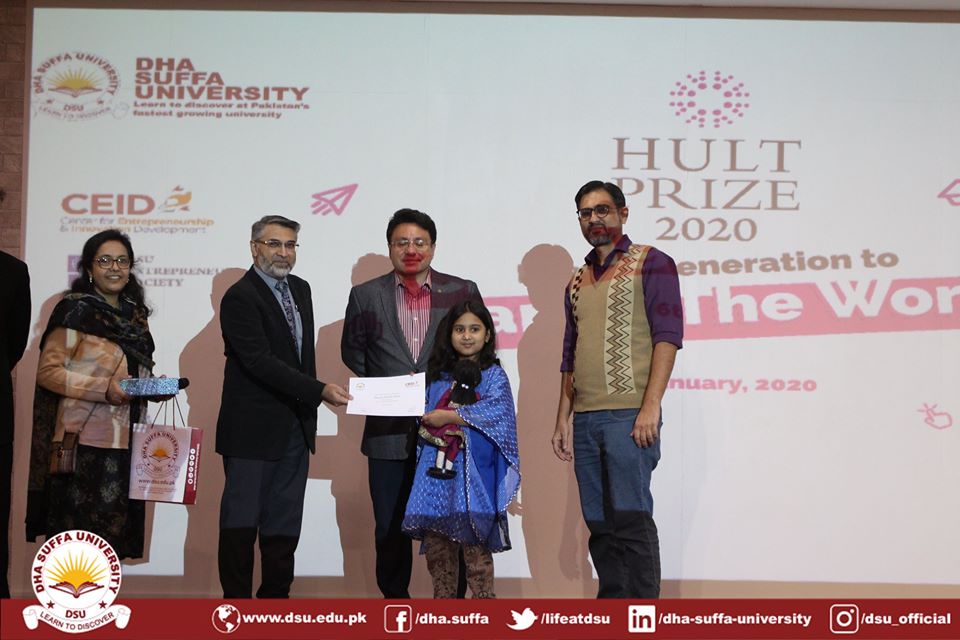 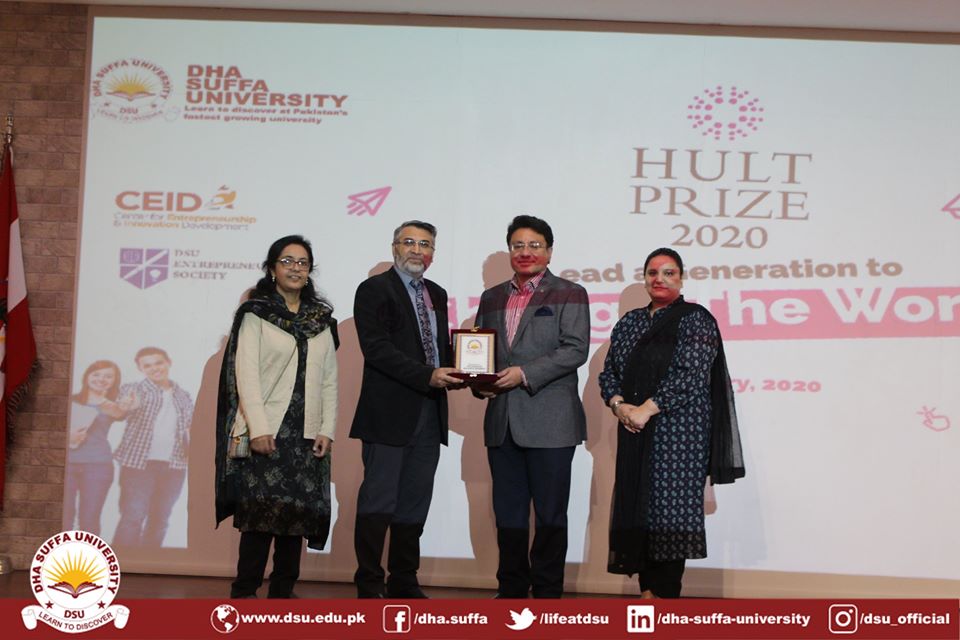 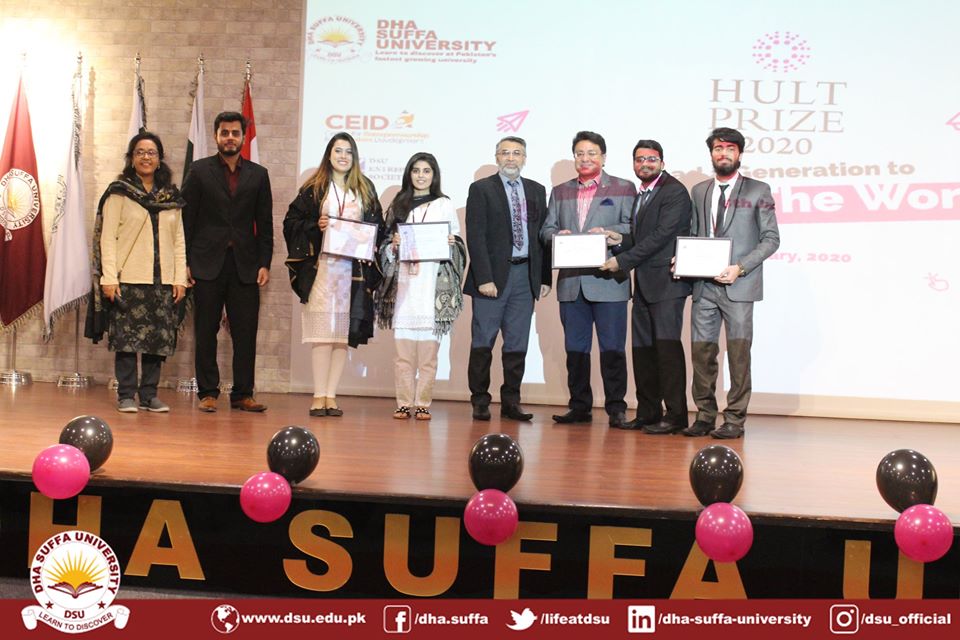