Google Developer Student Club at DSU visited DHA City Karachi for the launch of GDSC@DCK where the talk was conducted by Syed Ateeq – Former GDSC Lead at Google Developers and Global Shaper at the World Economic Forum along with the current GDSC Lead Syed Hassam and the core team members.

The session was focused on bridging the gap between industry and academia. Helping students understand the gap and the standard to enter the tech industry. The session briefed about the methods to prepare for technical rounds of interviews in top startups of Pakistan, building the right resume, and having an industry-standard LinkedIn that can help students stand out from the crowd. Emphasis on core programming courses with concepts implementation by building pilot projects and how their idea can be implemented in the Final Year Project.

GDSC also promoted the Iqbal Philosophy of Khudi, where the approach instead of running after the corporate world, the students were briefed to admire excellence in their own technical domain, make a strong decision to choose one domain, follow the roadmap religiously and become master at it.

The GDSC@DSU Team was received by distinguished Faculty Members which included Mr. Farooq Shibli, Col.(R) Mahmood ul Hassan, Dr. Muhammad Mobin Idrees, and Mr. Imran Arshad.  The GDSC Team also toured DHA City Karachi and was highly impressed by the quality of campus life and facilities available to the students that are not only un-matchable in Pakistan but are equivalent to the life of dream Foreign University of any student. The Future planning of the computer science department with state-of-the-art facilities and infrastructure was not only futuristic but exemplary said by the core team. 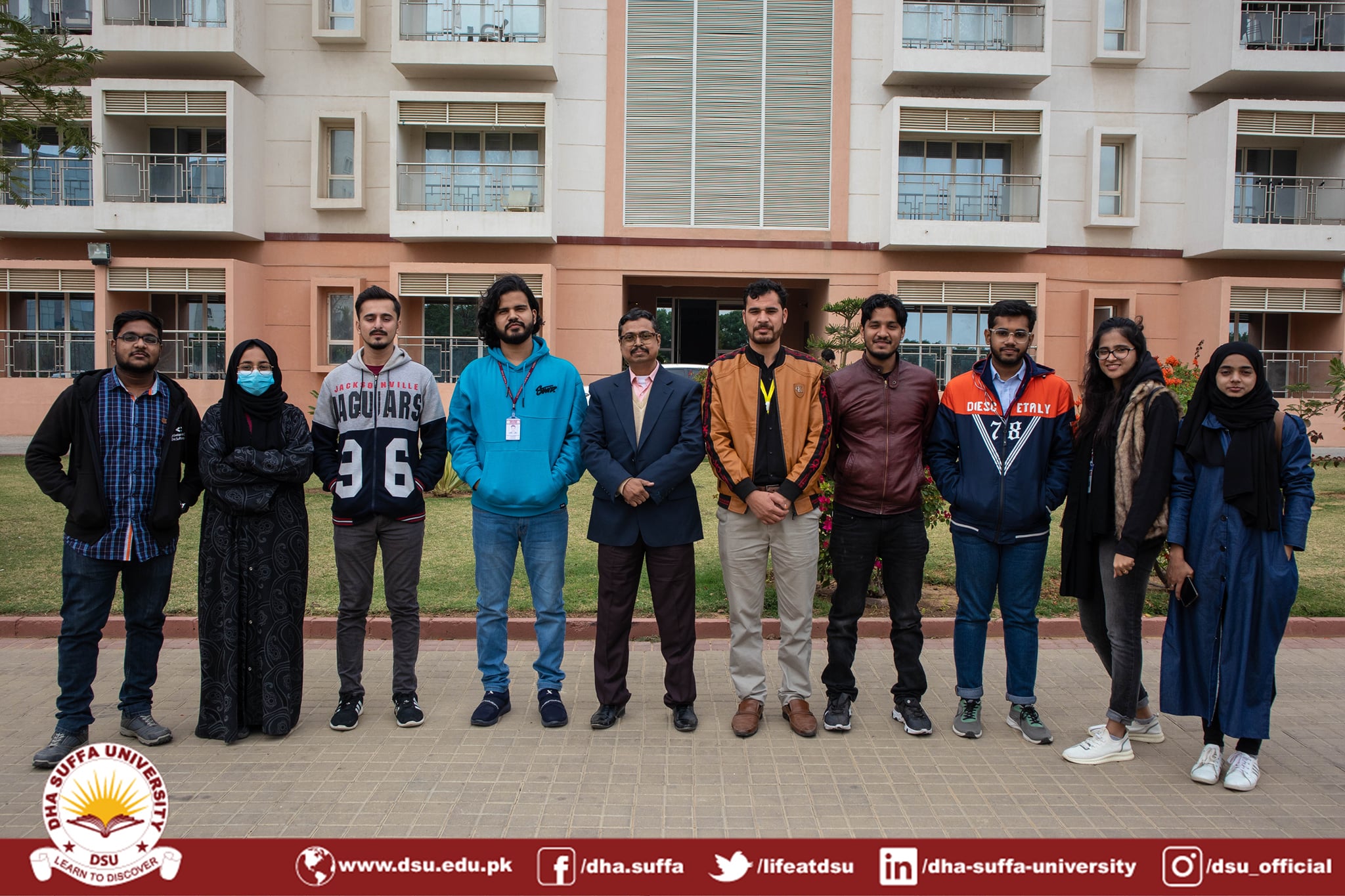 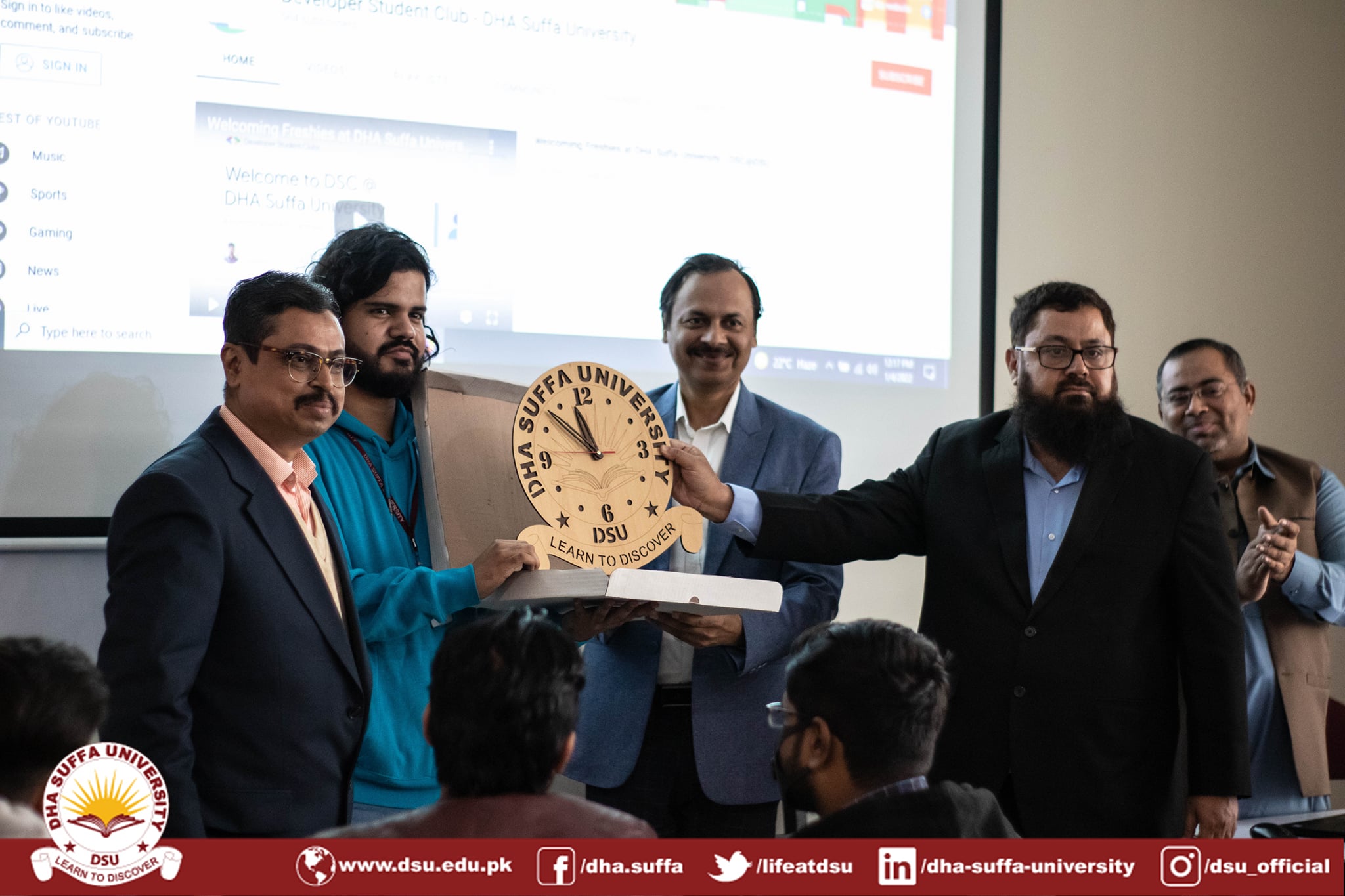 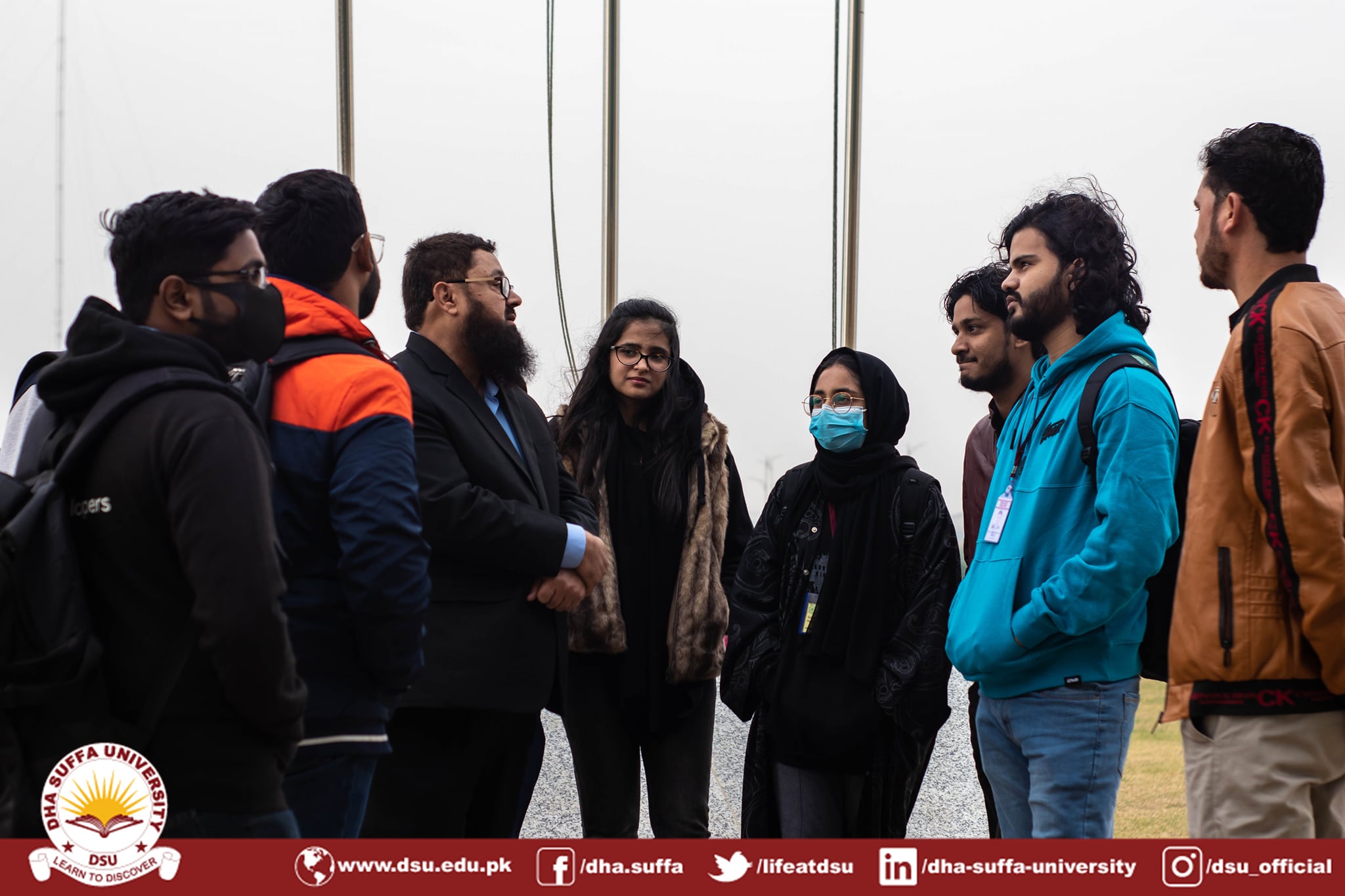 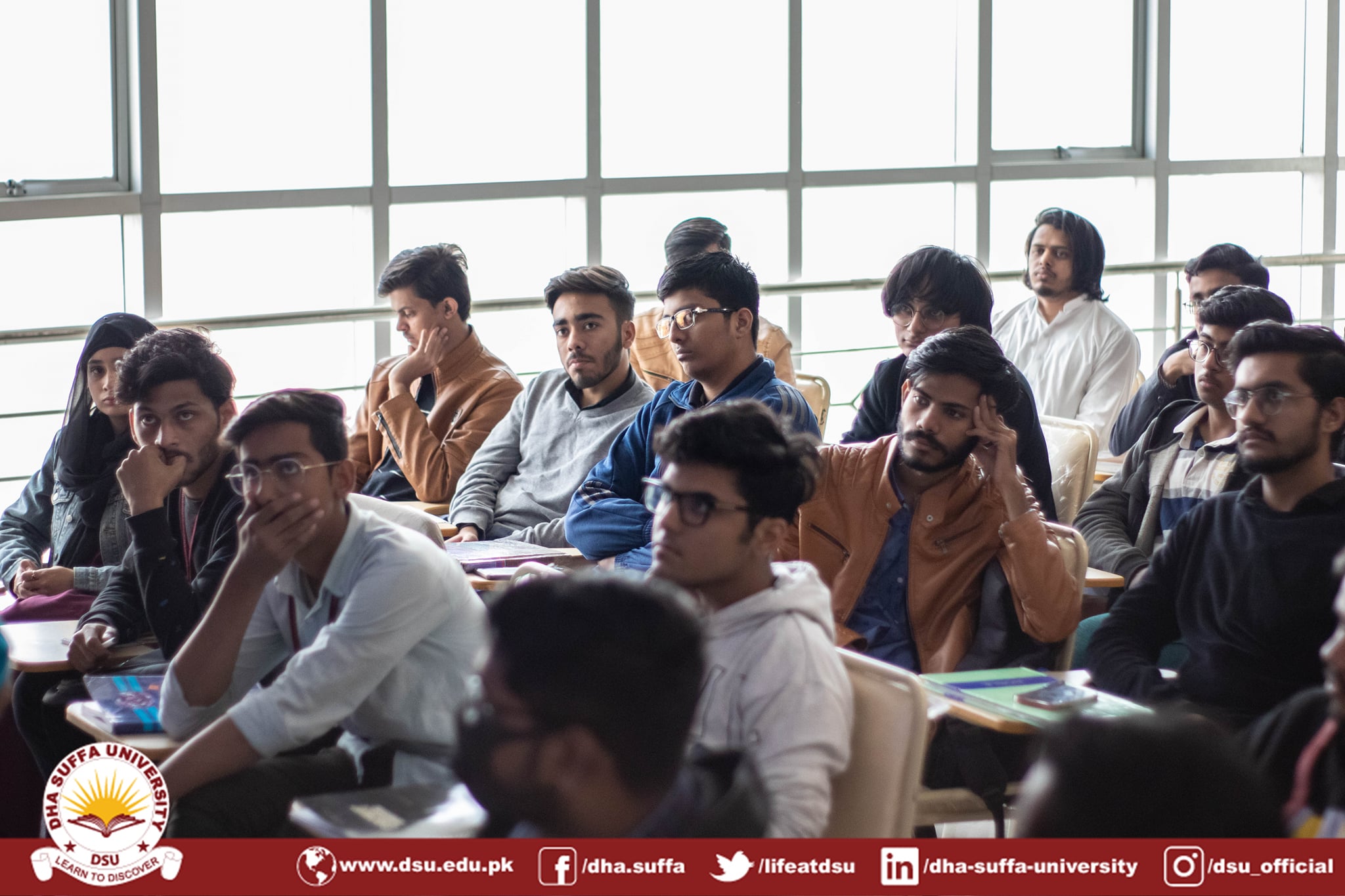 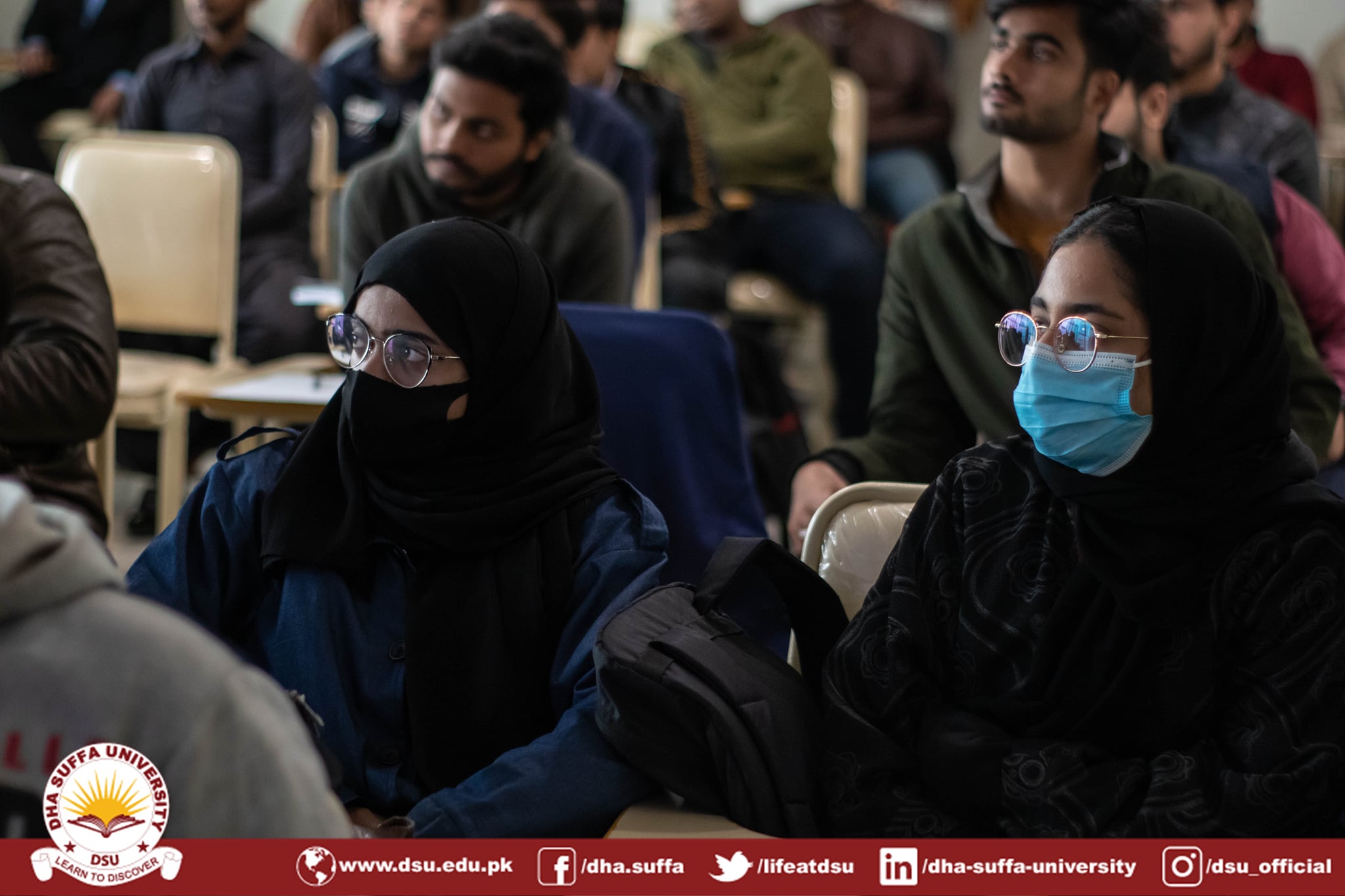 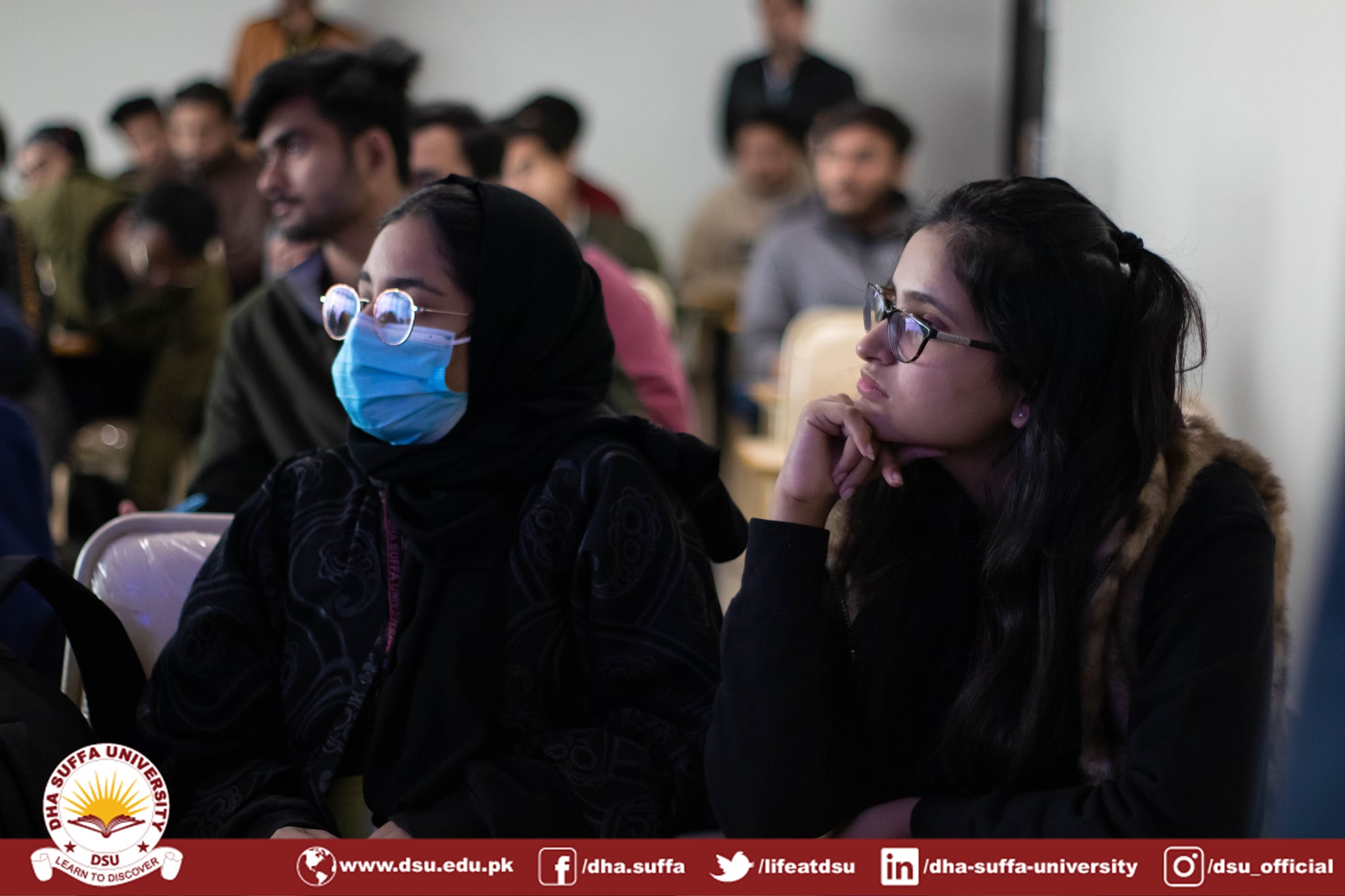 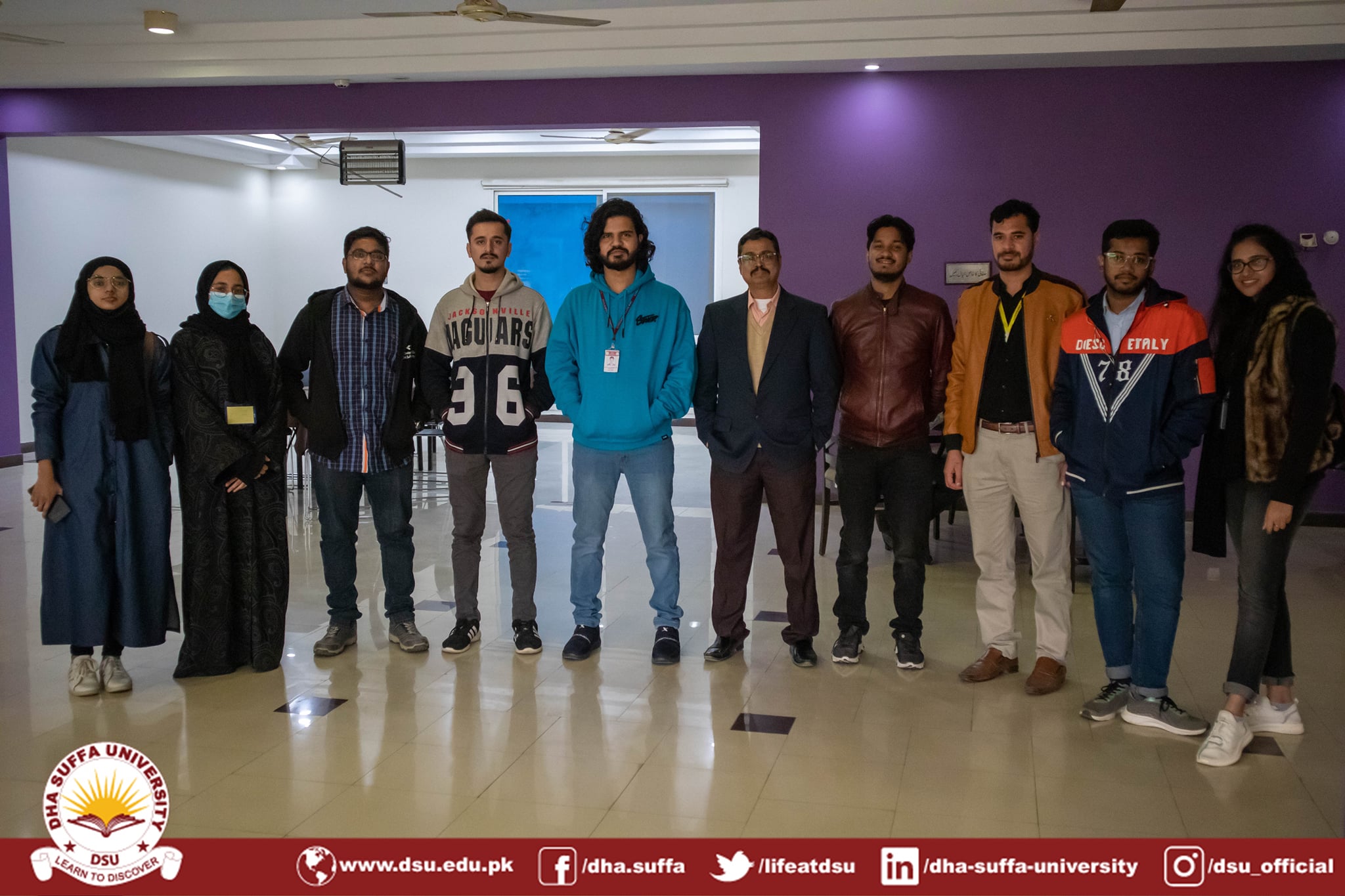 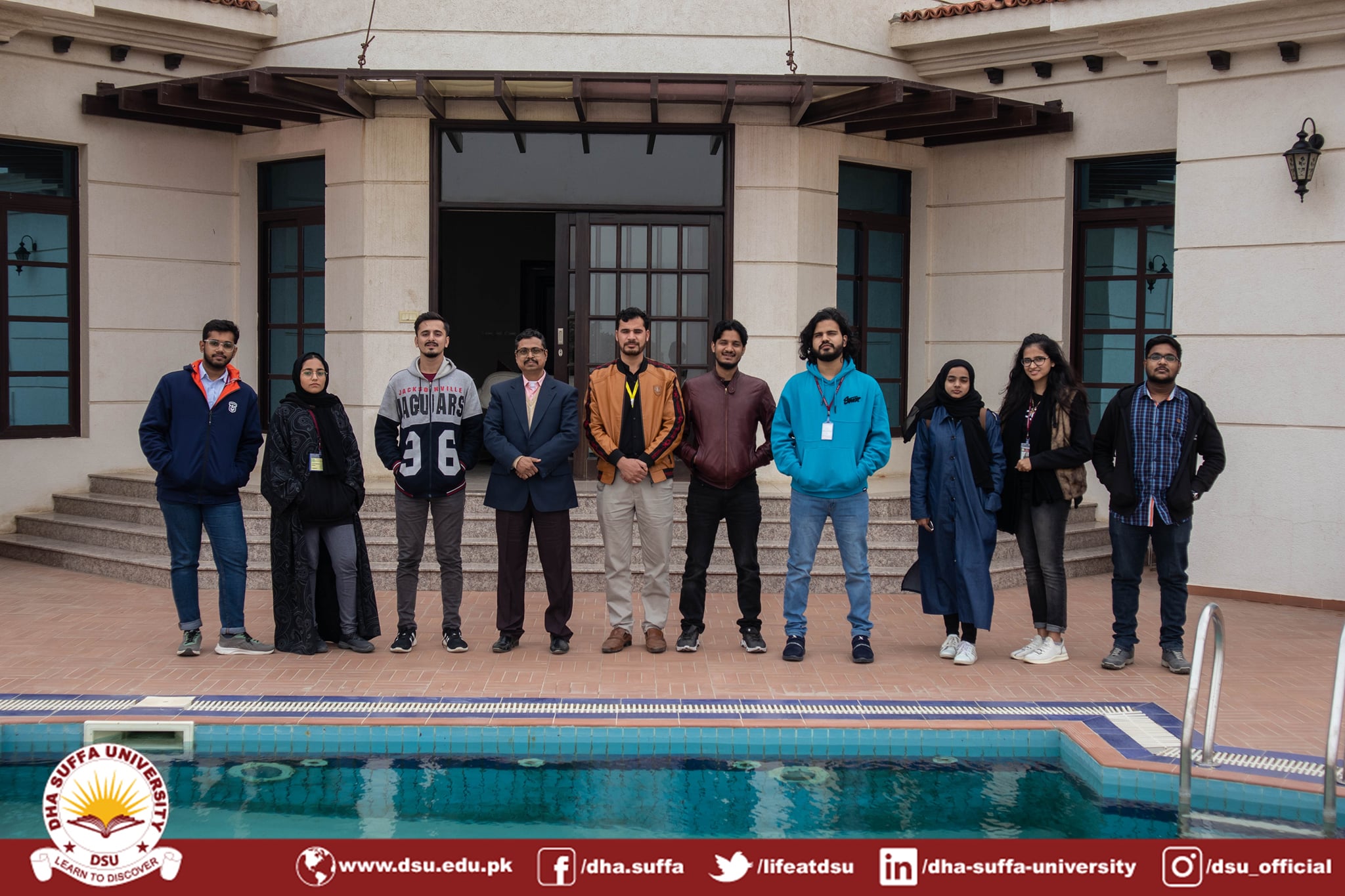