Mr. Ahmed Ayub, is a graduate of Bradford University School of Management and has over 20 years of experience in General Management, Cost and Profitability Management, Software Project Management and Software Development.
He is also the co-founder of Airlift technologies, founded in March 2019, building Pakistan’s largest public transportation network. It was first launched in Lahore and then Karachi. Its mission is to solve the daily transportation problem of the masses and provide a safe, reliable and affordable solution to the public.
In the session organized by DSU Entrepreneur Society, he highlighted 10 vital aspects that should be well focused by an entrepreneur in order to transform a preliminary startup into one remarkable success story.

1. Believe In Yourself.
Moving from a well-paid job to starting your own business from the scratch is certainly not a piece of cake, the foremost resistance and disapproval comes from family, but believing in your idea and that you can do it can surely do wonders. Ahmed Ayub’s journey of Airlift is one such example.

2. Action Orientated.
Ideas and planning shouldn’t be confined only to the notepad, it should be executed and the person should be bias to action. Unique idea is not the only focal point of any business but its implementation. At Airlift, personnel are encouraged to make decisions and take action promptly so that problems are solved instantly.

3. Defend Your Ideas.
If people disparage your idea, defend it through logical arguments, but listen to the feedback as if you’re wrong and needs improvement.

4. Check Impact.
Business’s only goal shouldn’t be to make money but also to influence the lives of people positively. Airlift has been successful in solving the pain of daily commuting of the public, it has changed the way people move; shifting away from private vehicles towards shared mobility and mass transport.

5. Improve Every Single Day.
Even though at the first day of launch Airlift, their driver app wasn’t working but they were not discouraged. Consistency of service was the motive. Despite every day challenges they chose not to suspend their service even for a day. Airlift is working continuously to make a top notch app with all security checks.

7. Give Value To Customer Feedback.
Customer feedback helps to improve customer retention. Airlift’s direct competitor SWVL is also operating in the same market with the same service just as Airlift, therefore, if customers would be displeased with the service of Airlift, they can conveniently switch to SWVL transport service.
Therefore, giving value to customers is an important task. Ahmed Ayub along with his team mates gathered the responses of people who used their service and they also did direct marketing, distributing pamphlets personally door to door to people in order to create awareness of Airlift.

8. Focus On Character Building.
In an era, where falsehood, corruption, cheating and deceiving has become the norm of businesses, entrepreneurs by all means should protect themselves from these ills of the society in order to succeed in long run.

9. Team Work.
An individual can never built an empire all by himself, but a team of well skilled people certainly can. Teamwork is the key to a long term accomplishment of goals.

10. Positive Thinking.
The power of positive thinking can’t be denied. Only positive thinking helps one to remain steadfast and committed to the goals despite the impediments and failures.
He also revealed that the startup was confronted with a lot of challenges. Specifically, government resistance and intervention at all stages of execution of their transport service, driver application failure, hack attacks and inadequate budget at the beginning but these issues were tackled gradually owing to team’s persistent efforts.

The turning point for Airlift came when it was highlighted in international news from where they began to receive offers from angel investors who found the idea of Airlift a promising one. This young startup has already raised venture financing worth $2.1 million from angel investors from New York, San Francisco, Singapore, Dubai, Karachi and Lahore and due to the investment they have been able to expand their route network on daily basis therefore, they have been able to cater thousands of rides per day.

Ahmed Ayub, concluded the session by stating that for the time being, Airlift is just a platform and has to go a long way to triumph in local as well as global markets. Their main goal is to expand their services all around Pakistan and then internationally. They believe that SWVL’s presence in the market is not a threat for them but a healthy competition which helps them in upgrading and revamping Airlift. He laid emphasis on the fact that the sole purpose of human existence is not just to gain and achieve monetary success but to do something so exceptional that it impacts the lives of people such as elevating their lifestyle, precisely, what Airlift is aiming. It’s a fast, reliable daily commute for the public which is not only easily accessible but also affordable. 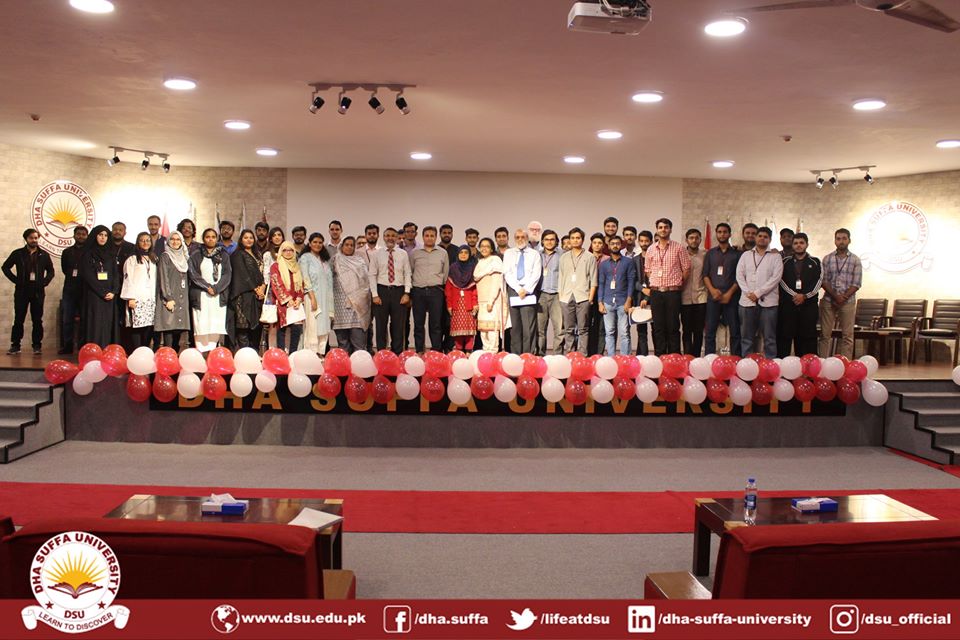 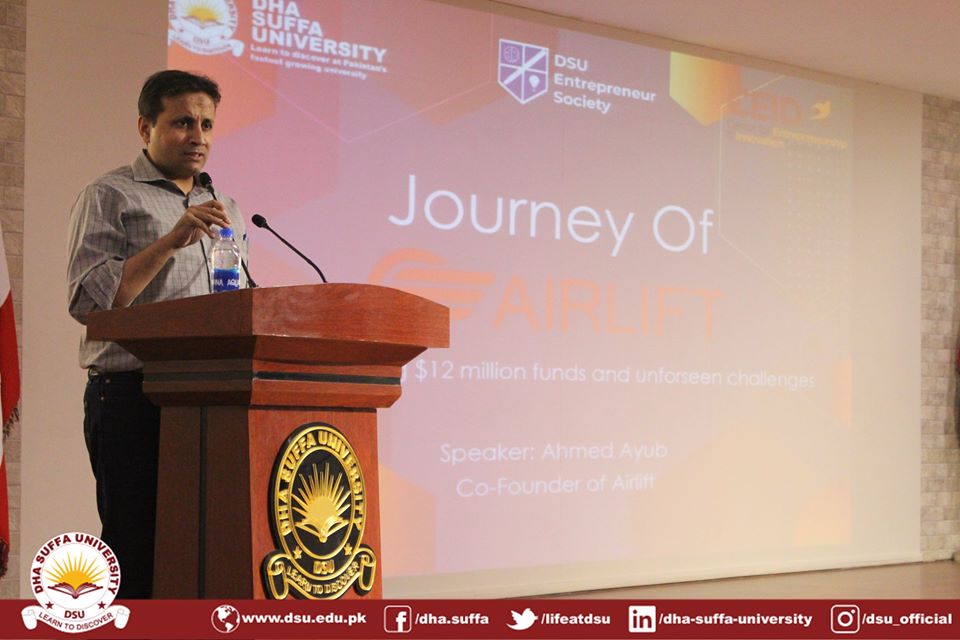 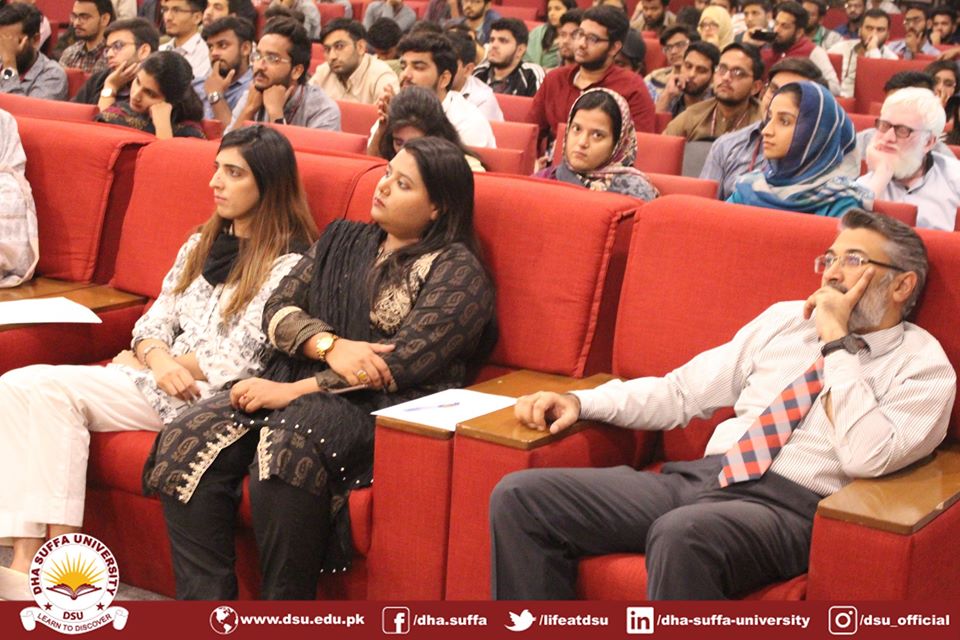 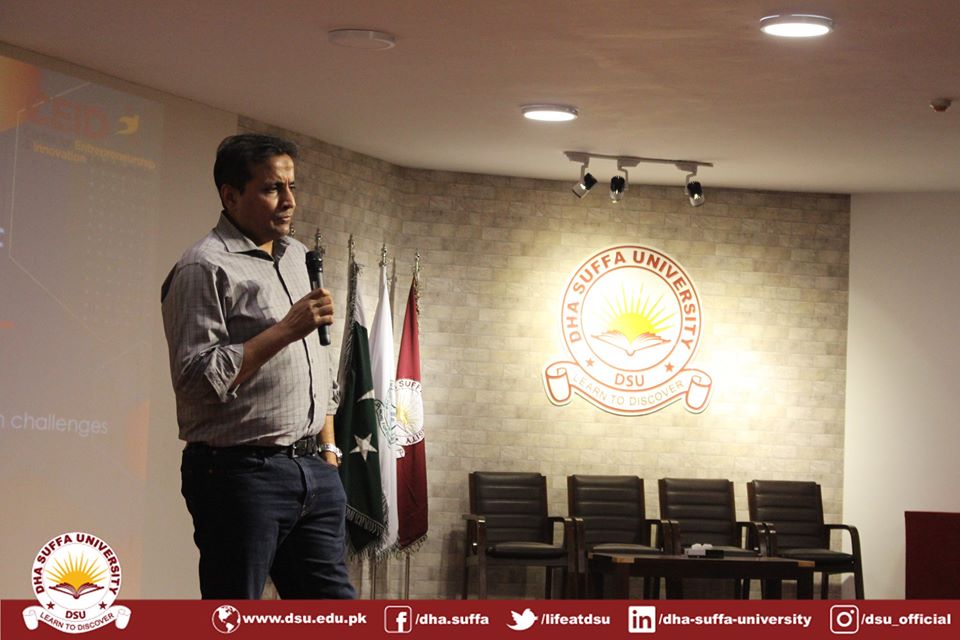 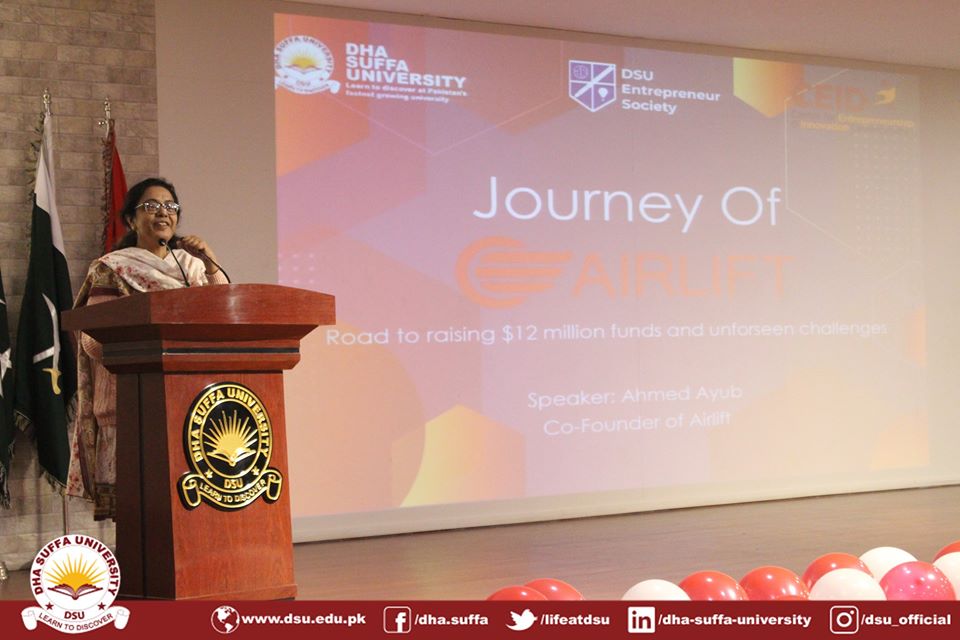 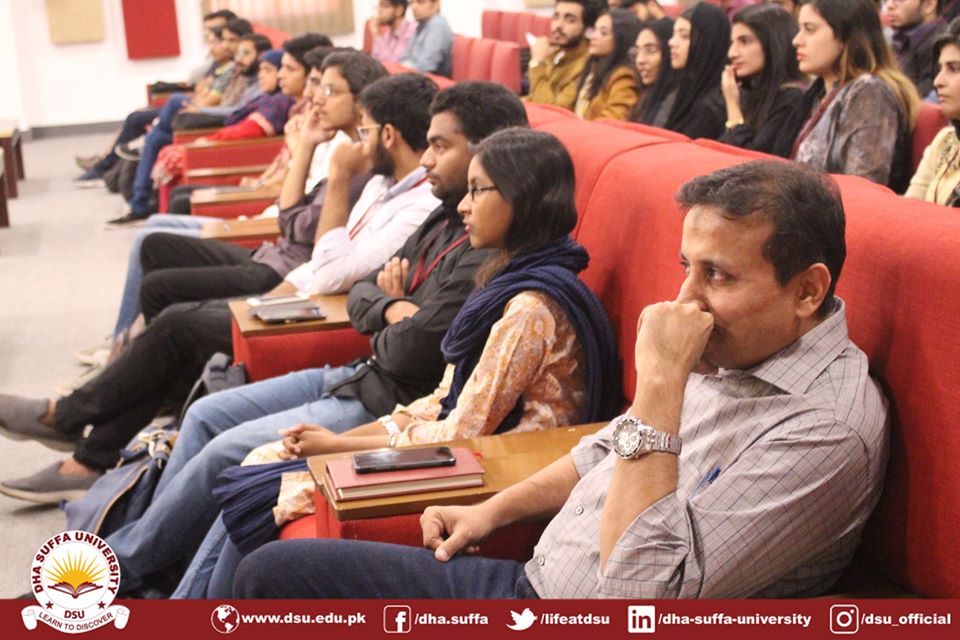 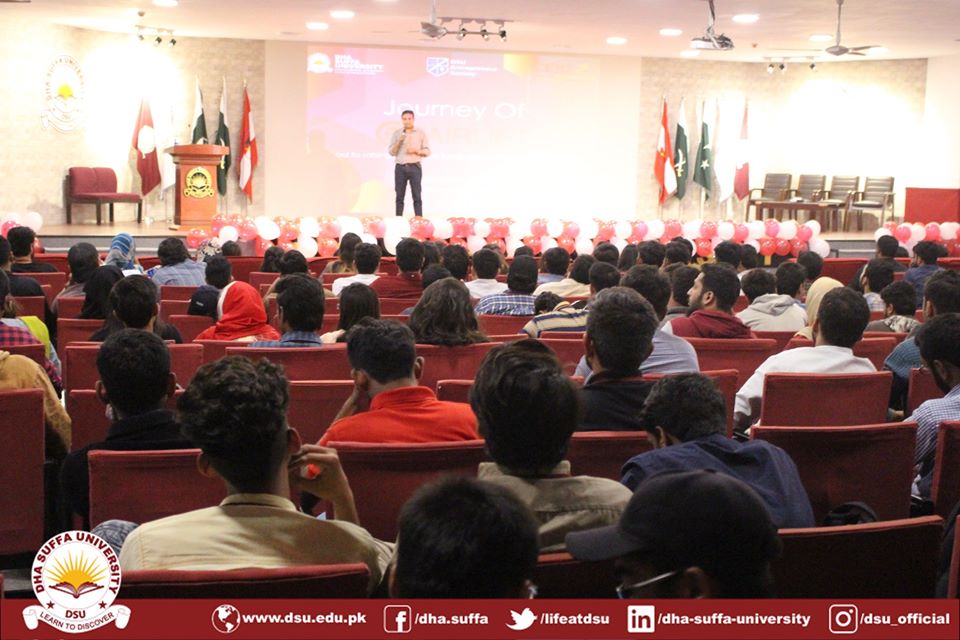 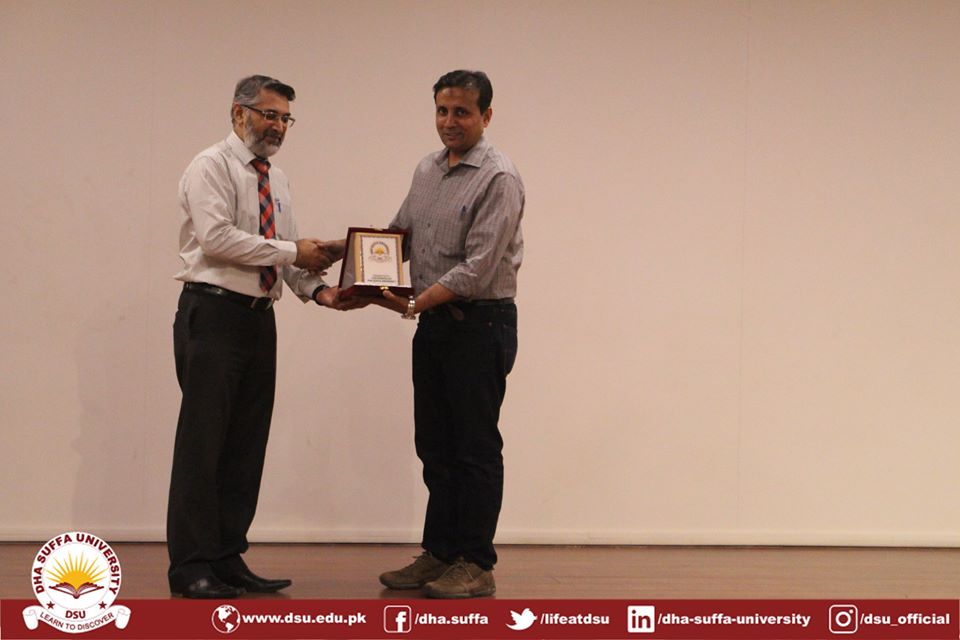