On November 25th, 2019, Character Building Society of DSU organized its first ever session of this semester on Anti-corruption. The sole purpose of the event was to innate the knowledge and to provide the exposure to the youth regarding the malpractices within our society related to corruption and the ways to prevent corruption using the fair means possible within the boundaries of law. Team CBS invited Ms. Jalees Fatima who became the first lady S.D.P.O of police and Mr. Wajih Uddin who is the former HOD of Islamic Studies & Arabic at Education Bay Academy and former Media Manager at Mercy Mission Pakistan.

Upon commencement of the program, the host introduced the speakers and invited them on stage to share what knowledge they wished to the audience in respect to the subject. Mr Wajihuddin along with his co-speaker Ms Jalees Fatima shared their sights beautifully and affectively.

Mr Wajihuddin introduced the forms of corruption, he also highlighted this matter with his Quranic knowledge, and let the audience know how to fight it. While Ms Jalees Fatima shared her experience in regards to fighting corruption prior her retirement and letting the audience have an insight on the life of a police officer.

The event concluded by a small talk from the Chairperson CBS and Registrar DSU, and providing shields as a token of appreciation to the guest speakers

The event proved to be a great success where CBS received positive feedbacks from the attendees. 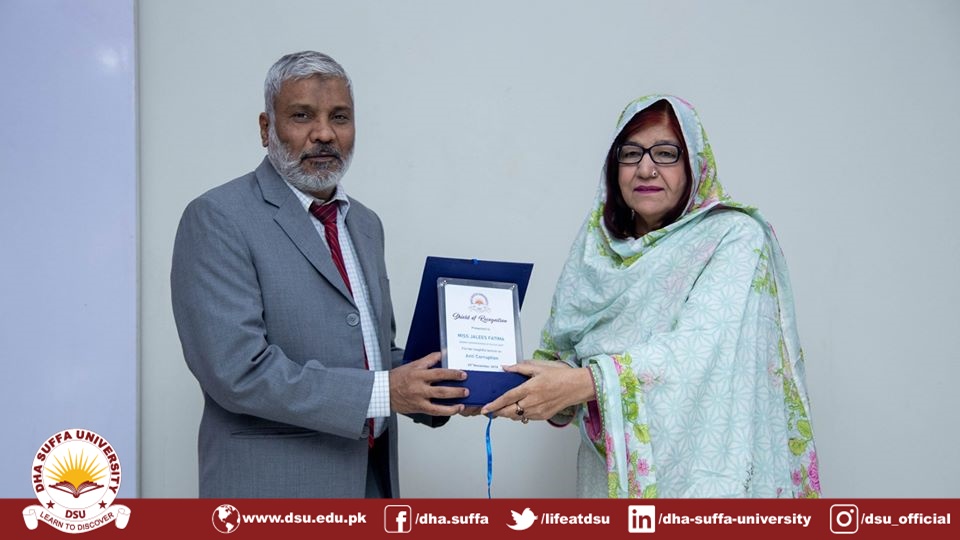 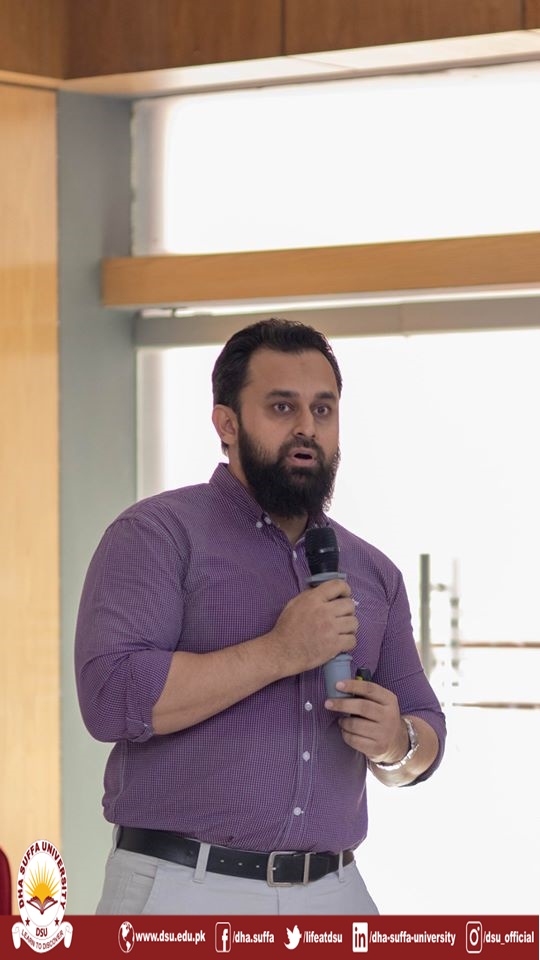 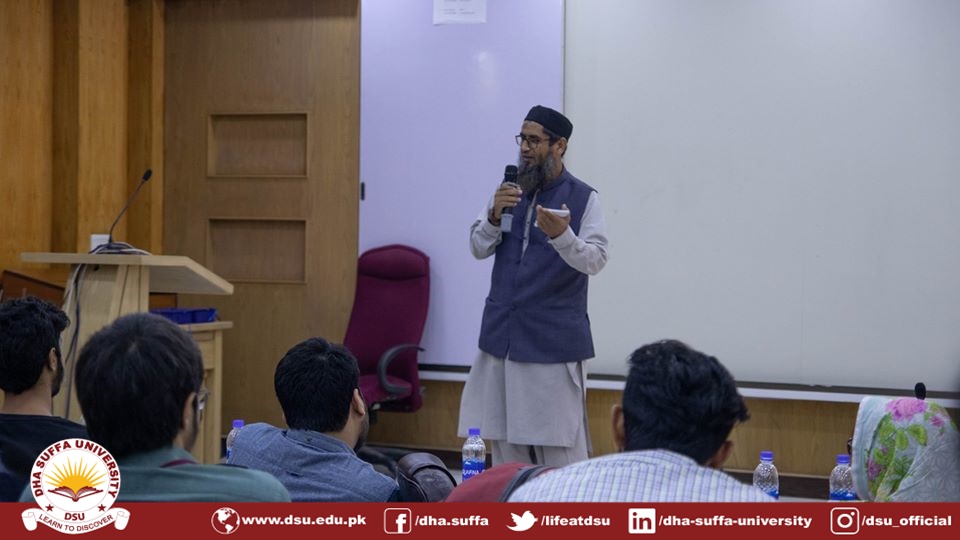 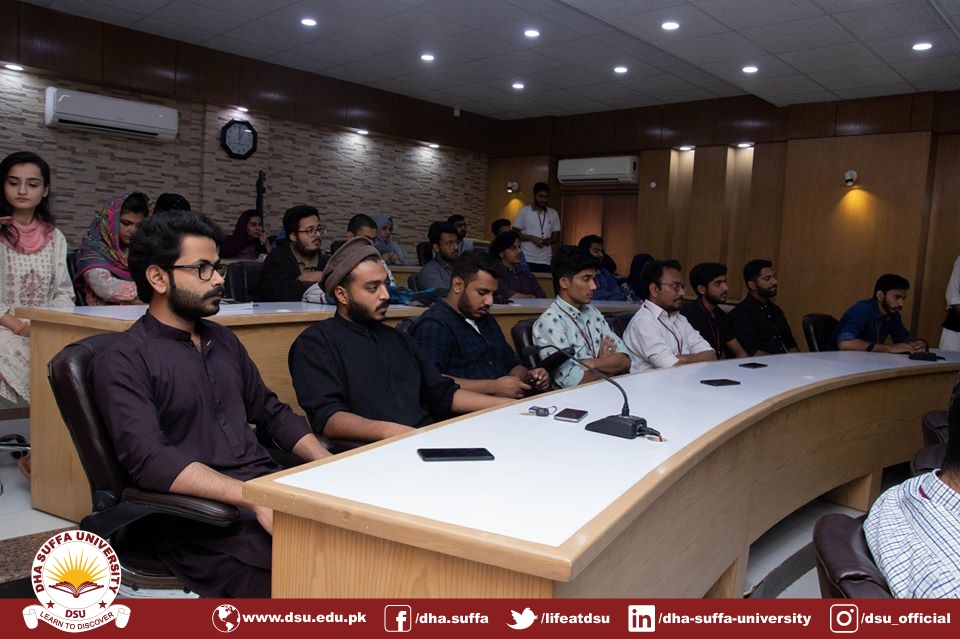 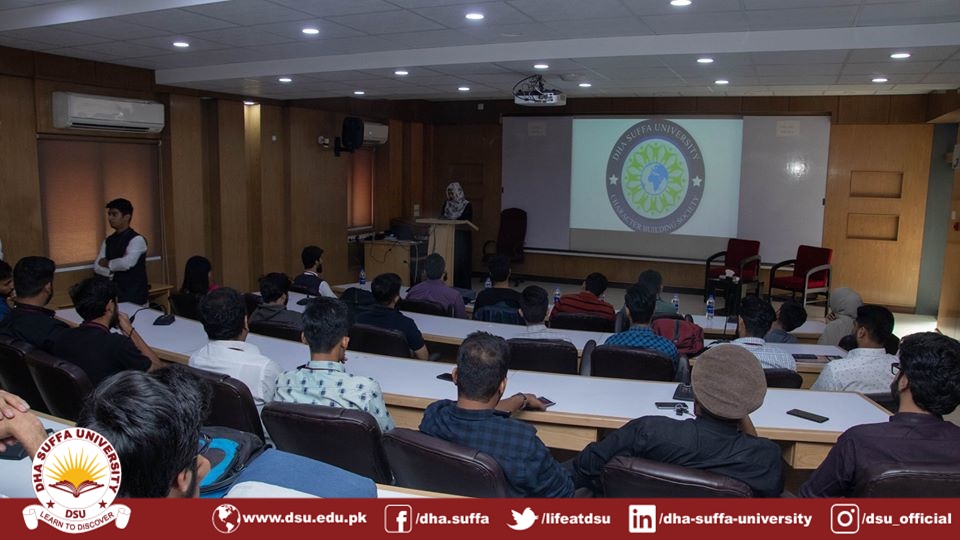 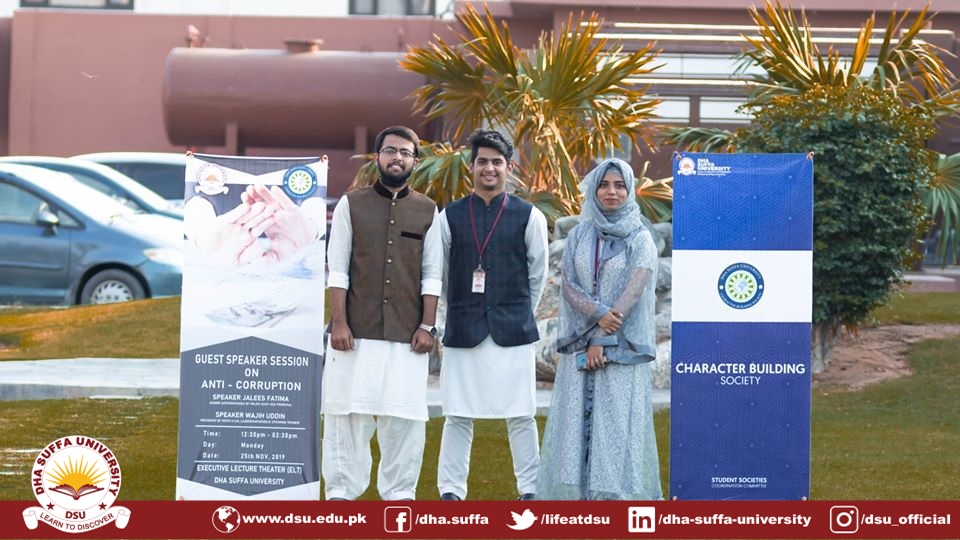